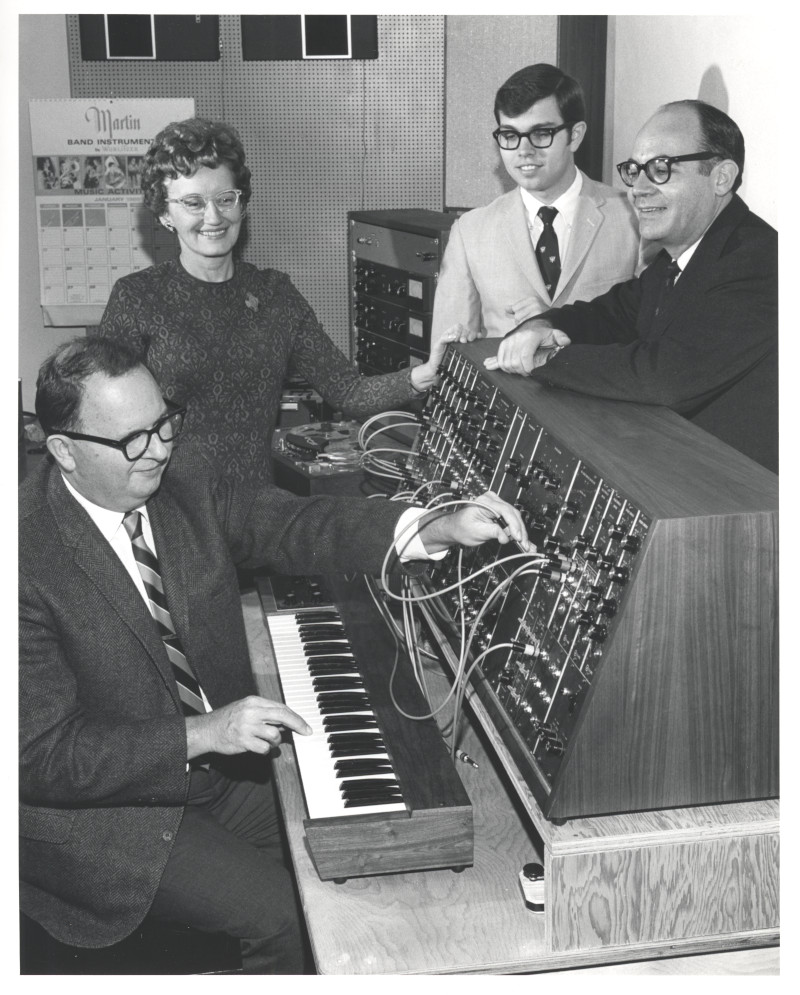 With the support from then Dean Kinne of the College of Fine Arts, Jacksonville University created the first collegiate electronic music studio in Florida in October of 1968. Within the new studio was a large studio Moog Synthesizer and Professor Hoskins was given the role of Director of Electronic Music. The studio would also end up getting a Mini Moog.

Hoskins was also the co-inventor of the sound/light form called "Lumasonica". In 1971 with artist Jon Darling and Dr. Barre Barrett they became the Lumasonic Trio and together they had many collaborations in this new medium. Hoskins would end up educating many students in this new field of electronic music.

In the Hoskins Collection are many of compositions that he worked on as a composer over the years. The finding aid below has a listing of those works. The library also has a copy of his electronic music vinyl album Galactic Fantasy/Eastern Reflections which was published in 1979.